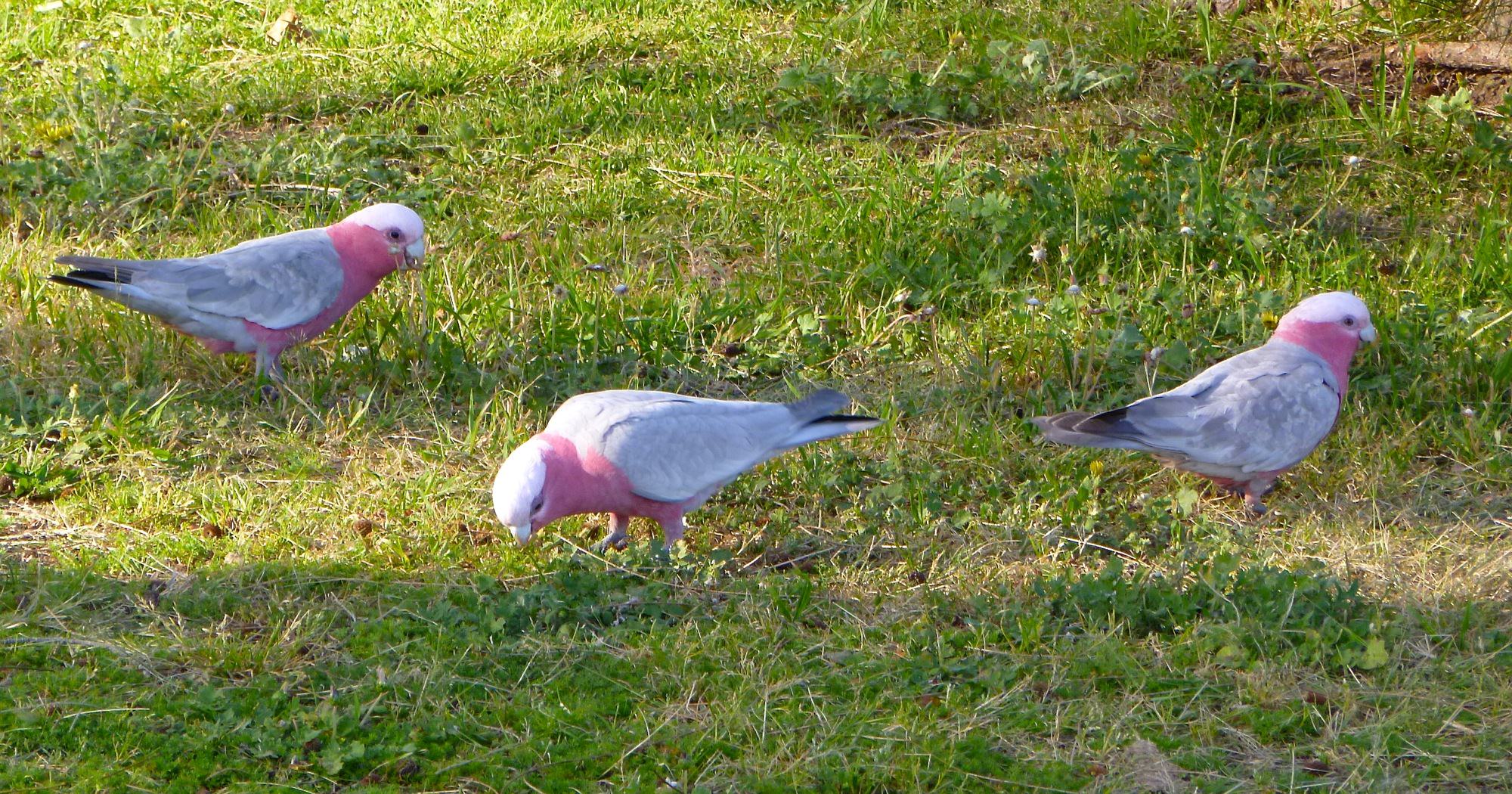 The New South Wales Department of Lands publishes and sells the Great North Walk Discover Kit. The kit includes a set of maps and information about shops and water sources. These maps are essential and sufficient.

We found lots of information at The Great North Walk website, however it looks like this site is outdated and many links are no longer working.

The primary purpose of our trip to southeast Australia was to hike the Great South Coast Walk from Sydney to Mallacoota. Adding the GNW to our itinerary was straight-forward and inexpensive, making it an easy decision to include this hike on our trip to Oz. 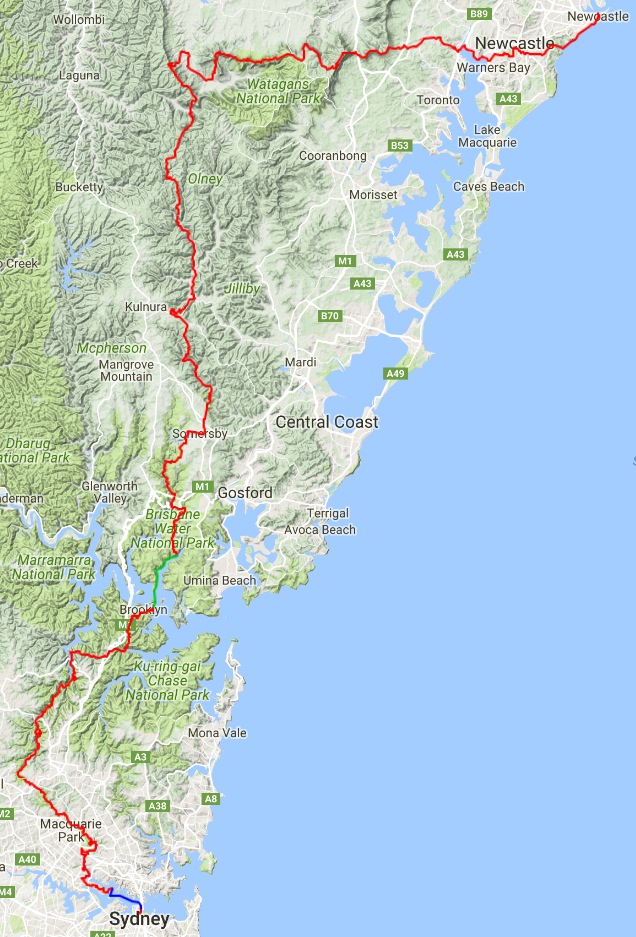 Soon after leaving the staion, you reach the coast where you follow the beach for several miles.

Although much of the walk was in closed forest, we did get some nice open views over the mountains. Watagan National Park.

This is the best place to hide.

A Goanna; an Australian monitor lizard in the genus Varanus. We saw quit a few of these, ranging in size up to 1.5 meters in length.

Amy and her friend, the Australian Brush-Turkey.

The RR bridge crossing the Hawkesbury.

A free ferry across Beowra Creek to get a (bad) lunch at the marina, day 7.

The track goes very close to the center of Sydney, but is routed so you get most of the way there without sensing that you are in a major metropolitan area.

The walking portion of the Walk ends at the Woolwich Wharf. Here you get a ferry to central Sydney.

This walk was a worthwhile addition to our southeast Australia itinerary. It was a straight-forward walk, required nominal planning effort, and offered no logistical headaches. The flora and fauna, particularly the birds, made this trip fun since they are so different from home. The scenery was enjoyable but not grand. I would not recommend traveling a long distance in order to hike the GNW, but is worthwhile for hikers who are in Sydney and have spare time.

I appreciate the ability to show up and hike for a week or more on a well documented and maintained trail. The effort put forth to design, document, and maintain a long trail is substantial and I was a beneficiary of that effort. Thank you Department of Lands!

For the most part, I found the route to be quite enjoyable. The scenery is pleasant but not outstanding. This is a nice regional walk, but it is not a world-class route. I would not recommend traveling any great distance to take this hike, but if you are the area and have the time, the GNW is worth doing.

The GNW is a government sponsored and way-marked 250 kilometer route between Newcastle and Sydney generally running through the coastal mountains.

There is one overly long section of road-walking west of Teralba, but otherwise the GNW does a good job of avoiding most pavement. Much of the walk is in eucalyptus forest so there are few expansive views. There is some diversity with a bit of coastal walking near Newcastle, the Hawkesbury River, and the surprisingly un-urban and cleverly twisted route through suburban Sydney.

Technically, the walk is not difficult. It is hilly, but the altitude gains and losses are modest. The path is generally easy to follow and the tread is good. We had little boggy trail and there are only a few rocky sections. In many places, steps have been cut into the soft rock making climbing up and down the frequent short vertical bluffs quite easy. Trail maintenance was generally good and only a few short sections had overhanging brush. During our walk, water availability was good and insects were not a problem.

We did not encounter any other through-hikers on our trip. There were very few people on any kind of hike out on the trail.

After completing the GNW we went on to hike the Great South Coast Walk from Sydney to Mallacoota. This was a preamble to that much longer route.

We took one of several daily trains from Sydney Central Station to Newcastle. The walk finishes with a short and pleasant ferry ride across the Sydney harbor.

The GNW is way-marked with both signboards and arrow-posts. The arrow-posts do not have a consistent graphic format but were rarely confusing. In a few places during our walk, the trail had been re-routed and the printed maps had not yet caught up; however, the re-routes were well marked on the ground and route finding was never a problem. Navigating this route should not be difficult for anyone with basic map reading skills and a sense of direction.

The one ambiguous portion of the route is crossing the Hawkesbury River. There are four options:

Our trip was during Australia’s early spring. We had cool to very warm, but not hot, temperatures and no rain. We would likely not have enjoyed the GNW if the temperatures had been hotter. Since it is mostly an interior route, it may get quite warm later in the season.

There are a couple of multi-day stretches without re-supply possibilities unless you go significantly off route. Shop locations are identified on the map.

We camped every night on this walk. Some sites might be considered stealth camping, but we never had any problems. In some place, the underbrush is thick enough and made finding a comfortable place a little troublesome. We camped one night on the edge of a golf course and another in a picnic area at Lane Cove National Park just a few miles from downtown Sydney.