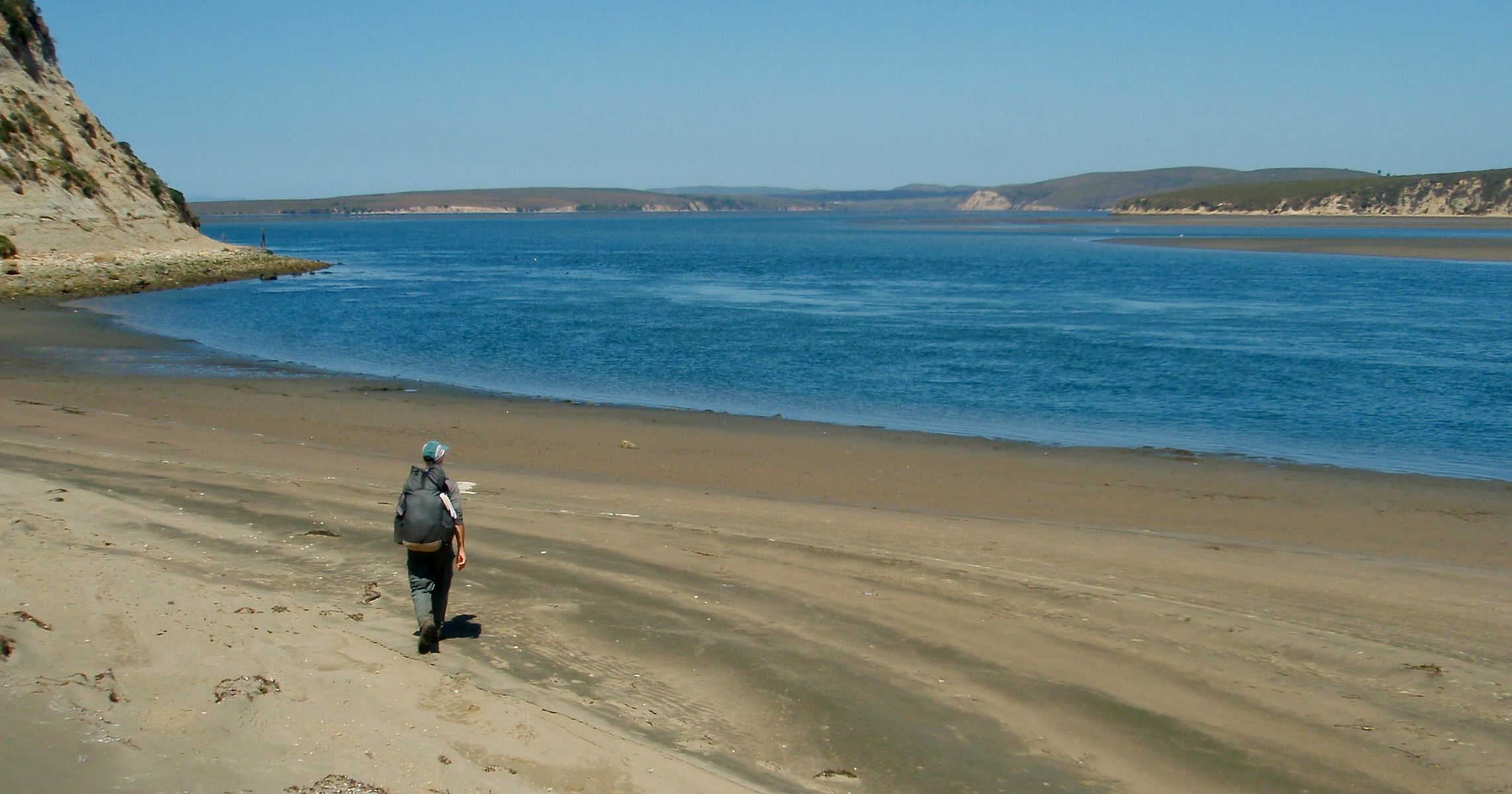 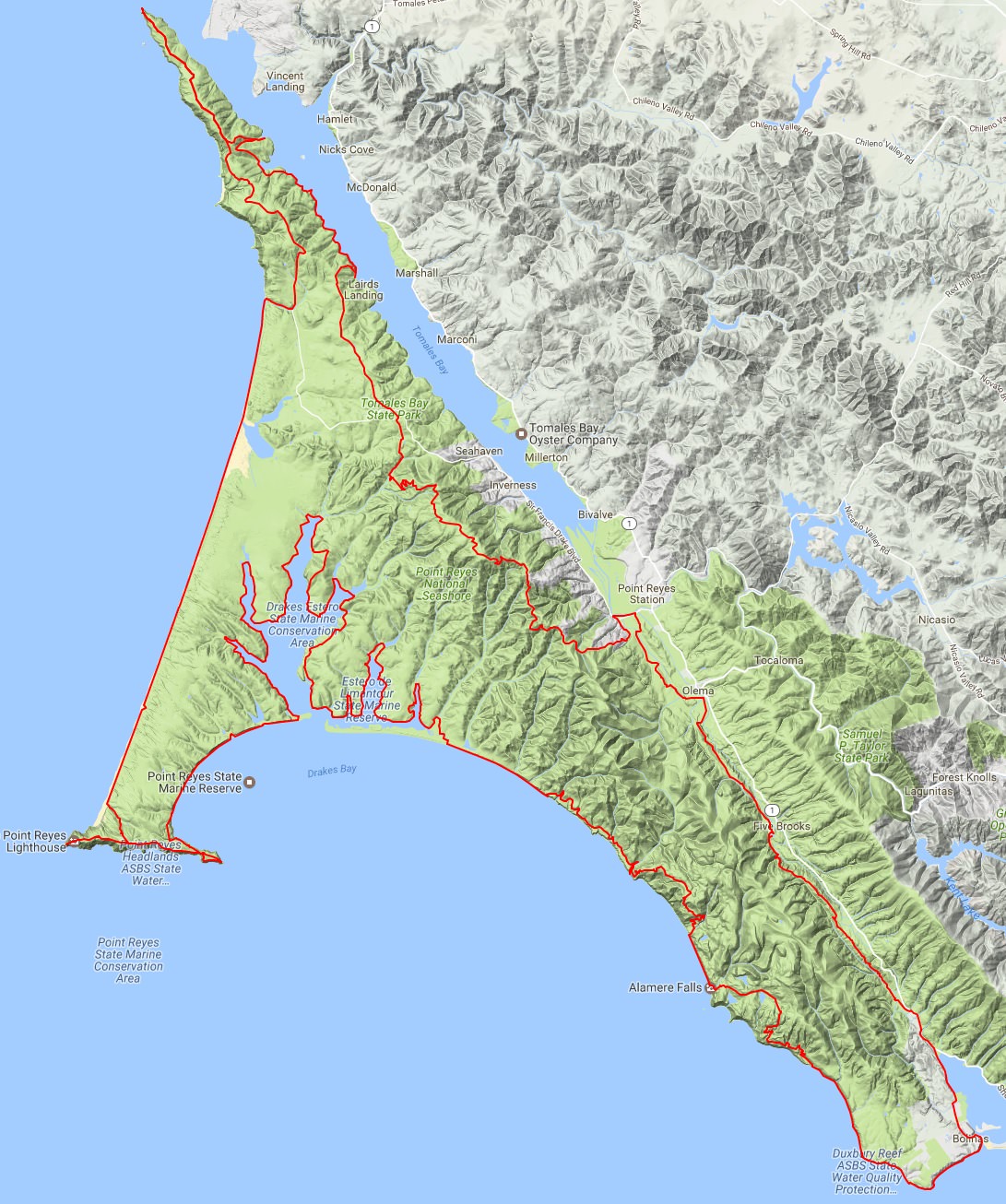 Point Reyes is the name of the peninsula bisected from the mainland by the San Andreas Fault. It is also the name of the National Seashore that encompasses most of the peninsula. It is the first significant piece of shoreline north of the border with Mexico where there is no road hugging the coast. It offers a unique opportunity for Bay Area backpackers to visit a wild coast close to home, and the scenery and ecological values are good enough that we believe this to be a worthwhile destination for those who live outside the area.

Our ultimate goal was to hike as much of the perimeter of the peninsula as possible. Most of Point Reyes is public land, so access is generally not a problem. There are a few places where we deviated from the immediate shore.

Point Reyes is a great place to hike all year, except during winter storms that can be very wet and windy. The storms typically last for only a couple of days, and there is often a week or two of fine weather between storms. Weather forecasts are generally reliable for this area. The maritime influence is strong and temperatures are mild. Point Reyes Lighthouse records the least diurnal and seasonal swings in temperature of any US weather station.

We ate a meal at the Drake’s Beach Cafe, which has since closed. We bought a few groceries in Bolinas. There are also shops and restaurants in Point Reyes Station, Olema, Inverness Park, and Inverness.

The walk around the perimeter of Drake’s Estero and Limantour Estero is extremely interesting but long and convoluted. With care on an incoming tide, a backpacker could possibly cross the mouth of the Estero using a pack-raft. However this would bypass a very unique part of the walk. Trying to cross the mouth of the Estero by swimming or wading could be quite hazardous and is not recommended.